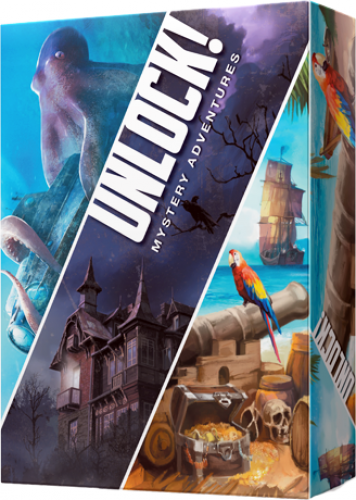 Unlock! Mystery Adventures features three new "escape room" scenarios that you can play on your tabletop.

Unlock! is a cooperative card game inspired by escape rooms that uses a simple system which allows you to search scenes, combine objects, and solve riddles.

The three scenarios are (according to the app):