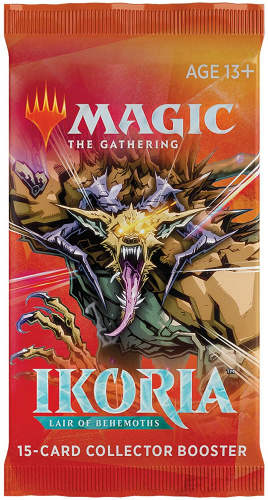 The Collector Booster gives players immediate access to the coolest, most desirable cards from Ikoria: Lair of Behemoths. Each Collector Booster is packed with the most exciting offerings. It’s a supercharged booster experience.

Magic is headed to a world filled with epic monsters, so we partnered with the Toho Corporation and its iconic monsters such as Godzilla, Mothra, and King Ghidorah.

Commander decks are debuting for the first time alongside a set's release with Ikoria. A lot of cards get their first printing in those decks, and we're making them available in Collector Boosters to give players another way to get them.

Ikoria's showcase cards play off the emotion and energy conveyed by Ikoria's monsters—not even the frame would be enough to contain the these mutants! 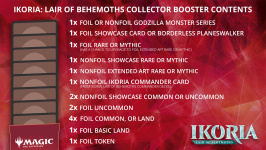