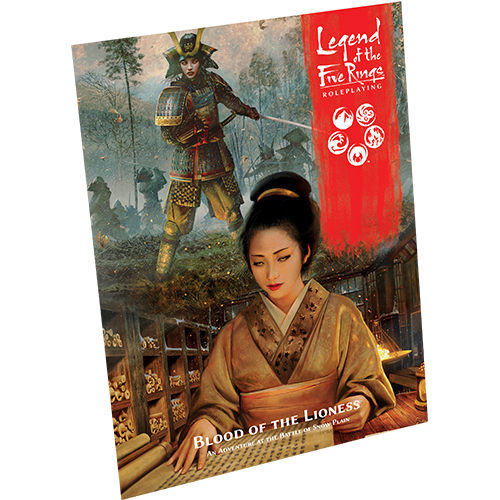 In Legend of the Five Rings RPG: Blood of the Lioness, you and your fellow samurai have been tasked with mediating a conflict between the Scorpion and Unicorn Clans. A diamond mine rests within Unicorn territory, but the Scorpion Clan claims that the rights to the mine were promised to them after aiding the Unicorn in the historic Battle of Snow Plain. If the truth exists anywhere, it exists at the Akodo War College, where commanders-in-training study military tactics and history alongside rank-and-file soldiers and the mysterious Kitsu shugenja. However, what begins as a simple search through the library soon turns on its head, and the truth that you are searching for ends up being far, far more complicated than you imagined.

Just as with previous adventures, Legend of the Five Rings RPG: Blood of the Lioness is a full 32-page booklet that comes with a double-sided map and a wide array of punchboard tokens to help convey the twists and turns of your adventures and battles in Rokugan. 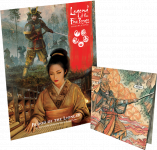